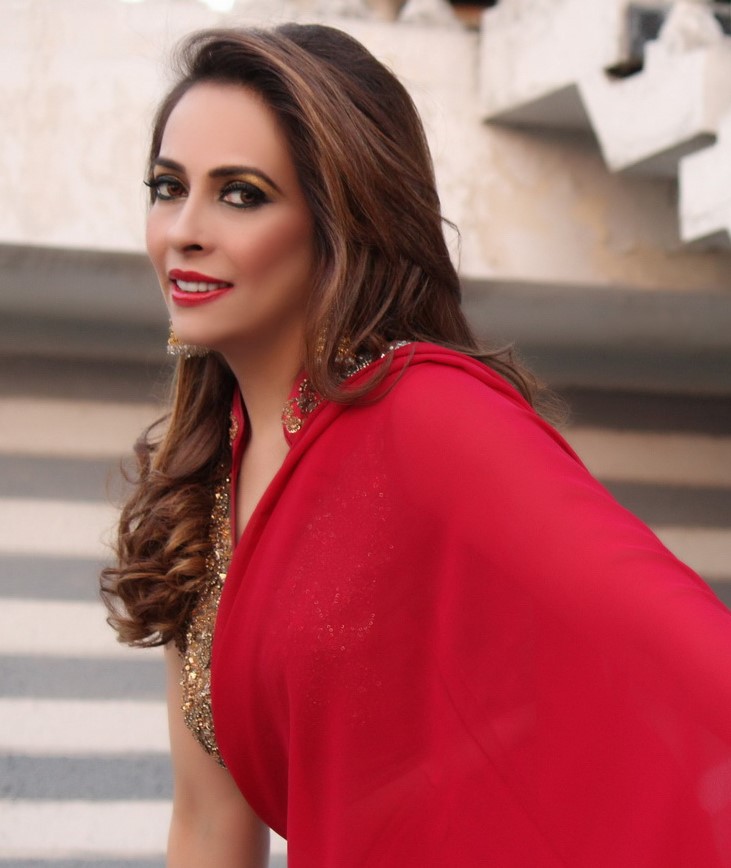 Saman Hasnain Shah is a beauty queen to lead Pakistan to various international titles bringing Pakistan on the map as a married woman winning international pageants. She was crowned Mrs. Pakistan World in 2008 in Toronto, Canada and she proved that even though she was a wife, a mother, an author and a working woman, Shah gave her best to the pageant world.

She is launching her book, named, “Mrs. Pakistan World,” in Pakistan after publishing two other books previously. The book will be available on Amazon as well, but there will be various book launches around the world.

The book is about a married woman’s journey as Mrs. Pakistan World into the world of beauty pageants and how she achieved bringing Pakistan on the map of international pageants. Shah stated, “My book is a true story that will change the world’s perspective on Pakistani women, relationships, struggles and successes.”

Saman Hasnain Shah, launched her career in the pageant field with the Mrs. Pakistan World pageant, now known as Mrs. Pakistan. She was crowned in 2008 and from there was sent to two international pageants: Mrs. World and Mrs. Globe. She won a total of 6 international titles and became the first beauty queen for Pakistan to win so many titles. After spending 10 years in the USA, she came back to Pakistan to handle her family’s business. Shah stated that her book is for readers of all ages and genders and will positively impact the life of anyone who reads it. This former beauty queen got strong support for the launch of her book from the Mrs. Pakistan World pageant as well as from strong empowered women around the world. Shah further stated that after her book launch, she would be venturing into the movie making business to work on women-centric films.

President of Mrs. Pakistan World, Sonia Ahmed stated, “Saman has been one of the few beauty queens to have accomplished a lot in such little time. In 2008, a married Muslim Pakistani woman was usually seen taking care of children and staying home. However, Saman Hasnain Shah changed that typical image of a Pakistani married woman. Winning six titles, was a huge accomplishment for Pakistan in just one year due to her involvement. Now that her book is coming out, we are excited to be a part of it and wish her the best and will strongly support her in all her endeavors.”

Ahmed also added that Pakistani women are growing in all aspects around the world, and that Saman Hasnain Shah is a strong role model and an advocate for many Pakistani women who want to get empowered through various fields such as the pageant industry, social work, politics, as well as entertainment industry.

The Governor of Punjab Chaudhry Mohammad Sarwar will be seen at the launch of her third book in Lahore, Pakistan along with the top celebrities of Lollywood and the Music Industry of Pakistan.

Mrs. Pakistan World is a beauty pageant for married women of Pakistani decent from all around the world. For more information please contact info@mrspakistan.com and visit www.mrspakistan.com