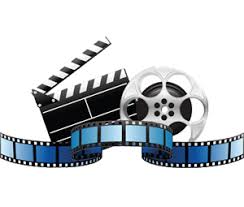 The 13 Steps of Post-Production

There are two ways of doing post-production. One is the old way — the film way. Shoot film and edit, or splice film on film editing equipment. There are few filmmakers who edit this way today.

The second is the digital way. Two is the new way — the electronic way. Get all your rushes digitised (if shot on film you will need them telecined, or scanned to a digital format).  The steps are pretty much the same in either format.

Your cinematographer is probably a good person to ask for recommendations for an editor. An editor’s job is to create an Edit Decision List (EDL). The editor will read your script and look at the rushes, and from this information, cut the film according to their opinion of what makes the story better. Given this huge creative responsibility, I always like to get an editor well before the project goes into production. A good editor will advise on the types of shots they will need, and advise on tricky post-production issues before the film starts.

Now, about two months later, the picture film is tight but you need to enhance the look with sound. Thus, hire a sound editor and an assistant for five to six weeks to (a) cut dialogue tracks, (b) re-create sound effects, and (c) get cue sheets ready for simplifying Step 7, The Mix.

This stands for Automatic Dialogue Replacement. What it actually is, is a large hollow room with a projector that projects your most recent picture draft from Step 2 and has the actors come back and lip sync and loop dialogue that wasn’t sharp and clear.

Go to a room that looks like (or could very well be) the ADR room and this time, without actors, have sound people called Foley Artists – or sometimes ‘walkers’ – put the noise of footsteps and certain other sound effects into your film.

First, for your musical score here’s what not to do. Don’t use any popular old song that you haven’t purchased the rights to. Don’t even think about public domain or classical music either, because it’ll either get expensive or it’ll stink. Don’t use any pre-cleared CD-ROM music because it won’t be good enough quality. What you should do is simply this: hire a musician with his or her own studio to compose brand new original songs and tunes that you have the rights to.

Now that you have 20-40 tracks of sound (dialogue, ADR, Foley, music) you must layer them on top of each other to artificially create a feeling of sound with depth. This is called the re-recording session or the Mix.

Somewhere in the not-too-distant future you will be selling the rights to your film to foreign nations. The distributor/buyer in that nation wants a sound track without English dialogue so they can dub the dialogue. Thus the M&E stands for only Music and Effects.

Your editing is now done. Now what is left is to get the final pieces needed for the answer print. The first three pieces to get are your six-to-eight Opening Title Cards and then the Rear Title Crawl. These title files are then added to the master track.

In order to deliver the film you will need to create a Digital Camera Package– a hard drive which contains the final copy of your film encoded so it can play in cinemas.

11. Get a dialogue script

In order for foreign territories to dub or subtitle your film you will need to create a dialogue script which has the precise time code for each piece of dialogue so the subtitler or dubbing artist knows exactly where to place their dialogue.

12. Get a campaign image

A picture says a thousand words. Your campaign image is likely the first thing a prospective distributor or festival programmer will see of your film. The image (with titles and credits) should let the viewer know exactly what your film is about.

Create a 90-120 second trailer that conveys the mood and atmosphere of your movie. Often programming and distribution decisions will be based on the strength of your trailer.